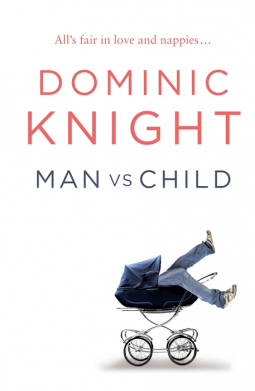 Love and baby wipes is definitely something that Dan wasn’t ready for! This romantic comedy brings the reader to Dan, a thirty something single radio DJ/ Comedian and his thoughts on life. This creates great material for his new stand-up comedy show Man vs. Child as a previous relationship made him decide between comedy and kids. The story starts with understanding Dan and how he fits in around his family and friends whist he is trying to become a successful stand-up comedian and working the early shift as a breakfast radio producer. Dan begins to think that his time to settle down and have kids is something everyone else has done and passed him by, but little did he know that a woman is going to walk back into his life that might change his new material for his show completely.

Man vs. Child is a witty comedy, very well written romantic comedy. The way the author makes the reader feel like they are at an open mic night at a comedy gig is a great way to bring this story to life. It made me laugh out loud, yet understand the sensitive nature of what the main character was going through. The light and shade of the comedy and romance is well-balanced making it an easy read. It is not your usual sloppy romance read. I couldn’t put it down.

Thank you to Random House Australia for letting me review this book.